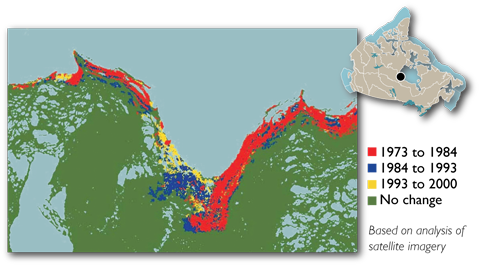 The Hudson plains are an ecozone right next to the Hudson Bay. They are found stretching from Manitoba to Quebec. The Hudson Bay has a really poor drainage system so it has a quarter of the world’s wetlands. It also has the world’s largest continuous wetlands too. The Hudson plains don’t have very many people but they make their living. It also has a lot of animals, vegetation, and insects. The climate can vary but it’s a very nice place to be in if you don’t mind the bugs. ( Torsten Bernhardt)

The climate of the Hudson plains

The climate is moderated by the Hudson Bay in the summer but in the winter the ice covering it prevents most of it. The average temperature in the summer is 11oc. The average temperature in the winter is -18oc. The perception can range from 400mm in the northeast to 800mm in the southeast. It is usually warm so the bugs it gets every year can live. It also must have a lot of berries because of all of the flies as well. ( Torsten Bernhardt)

Some of the vegetation that grows here is trees like the balsam fir, the white, birch, the trembling aspen, and the draw birch. Some berries and plants that grow here are black berries, blue berries, black crowberry, cloud berry, aortic aven, purple saxifrax, lousewort, reindeer moss, caribou lichen and many more. Some of the animals that live here are mostly black flies like black flies. They get about 10 million black flies per hectare. There are also other mammals like caribou, deer, moose, and mountain goats. Some of the larger predators are the black, grizzly, the polar bear, wolves and lynxes. Some of the birds that live there are the northern goshawk, the boreal owl, the short ear owl, the red tailed hawk and many more. There are also types of frogs like the striped chorus frog, the northern leopard frog, and the wood frog. The fish that live here are plentiful because it has a lot of water. Some of the fish are the lake sturgeon, the brook trout, the northern pike, the walleye, the pearl dace and many more. There are very few mollusks but there still are a few kinds. The type of mollusks that live here are the muskeg stagnicola, and the arctic-alpine fingernail clam. Since it has a lot of wetland it has a lot of flies. Some of them are the black flies, noseeums, and many more. On a good day they can get over 10 million black flies per hectare. Over 10000 people live in the Hudson plains. They make their living through tourism and subsistence because there is a lack of timber and minerals. (Torsten Bernhardt)

The history of the Hudson plains

The history of the Hudson plains goes very far back. It served as a gate way when the fur traders and the original explores were trying to find a way into the interior of Canada. It also served as a battleground in the wars between England and the early pioneers. For a while it has been a national park called the polar bear national park. (Enviroment of canada)

The people that live there and the size of it.

There is 0.04% of Canada’s population that live there and that is still 10000 people. Since the timber and minerals aren’t getting them very much money, they went into tourism and subsistence. There are about 2.7 people per 100 square kilometers, and fewer than 10% of them live in urban areas. The Hudson plains are 369 000 square kilometers and covers 4% of Canada. The wetland cover 11 800 square kilometers. (Enviroment of canada)

Overall the Hudson plains are very big and filled with wetlands. Also they are not very populated and have billions of flies. I think it would be a very bad place to live in but 10 000 other people disagree with me. So remember this if you are going to take a trip to the Hudson plains, pack these things. Your bathing suits, sweaters, bug nets, and a lot of bug spray. ( Mybrain@ididthismyself.com)

Retrieved from "https://geoclass.fandom.com/wiki/The_hudson_plains_wiki_page?oldid=4348"
Community content is available under CC-BY-SA unless otherwise noted.